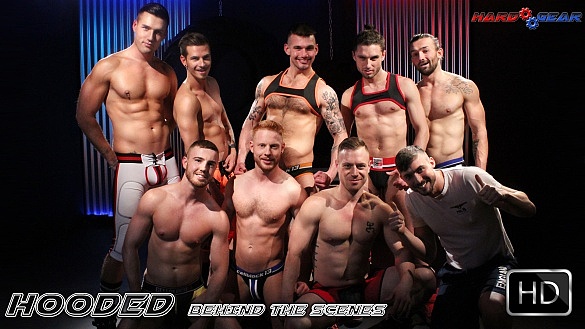 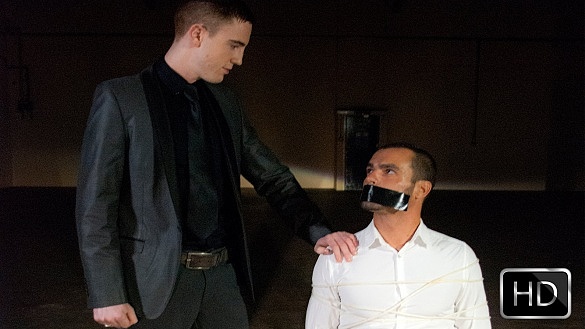 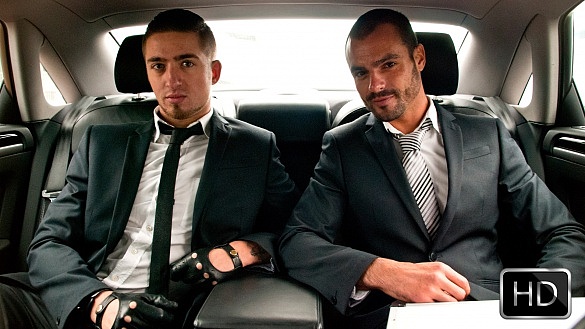 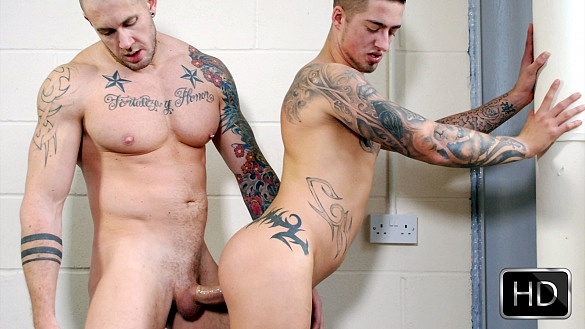 Cards DOWN Arse UP

It can be lonely at the top, sometimes you have to make your own fun whether forced, bribed or by other means. JP has called Harley and Troy up to his office, he knows there have been some dodgy goings on amongst his men. Claiming not to be interested he tells them he doesn't care, so long as it doesn't get in the way of business. He rudely dismisses them before calling back Harley to discuss another matter, his bonus. He takes out a wedge of £50's, gently flexing it in the air, tapping it into his other hand. Before he takes it, he wants something else in return, beckoning him over until they are stood toe to toe. Harley towers over JP but he is not intimidated... rather the other way around. “Come on big guy, you know what I want.”

Grabbing his tie, he pulls him in to kiss him and throws the cash onto the black glass of his desk. His cold and clinical office heats up fast with hot, deep kissing. Ties and jackets hit the floor. Stripping each other further they take turns devouring each others cocks in a spit fuelled suck-fest, both guys are over 8” thick and uncut. Harley pushes JP over the edge of the desk, he's not afraid to be rough with his boss, this is what he wants. Shoving his tongue and fingers into JP's tight fuck hole, he begins to loosen him up, JP is loving every second. This moment is for lovers of arseplay. Spreading him further and further he works up to 4 fingers of those big shovel hands deep in his hole stretching his arse and his limits. Standing up he takes first position, rubbing his throbbing cock head against JP's eager and warmed up hole. Plunging in, he gives him all he’s got, fucking him stupid JP grabbing the desk edge for support, Harley’s chest pumping with every thrust. Taking it down to the floor, Harley can really slam his butt now. It starts to get very sweaty, JP on his back and Harley working his hole from above him, sweat dripping down onto him. Pushing him up and over, Harley makes JP shoot his load over his own face before climbing over him and giving him another face-full. NOW he's earned that bonus. 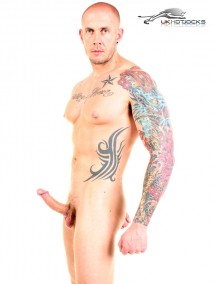